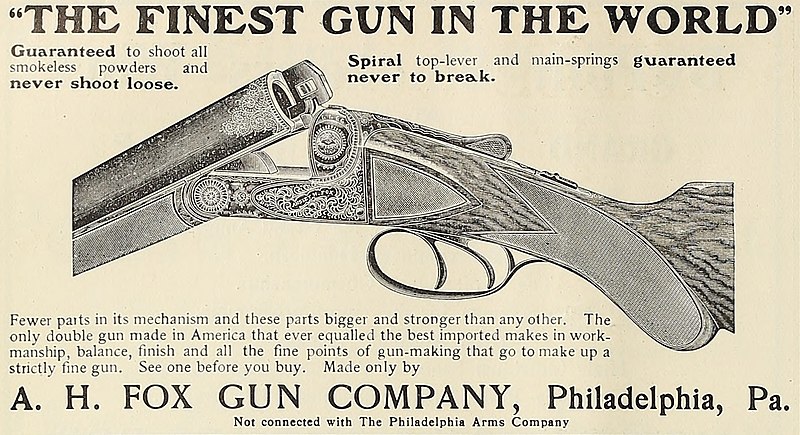 Ansley Herman Fox. When it comes to pioneering automobile manufacturers the Fox name is not as well-known as that of David Buick, Henry Ford, Walter Chrysler, or Louis Chevrolet. Still, even though his automotive company was short lived, Fox was a pioneer in the American automobile industry none the less.

The Fox Motor Company was organized to sell a technologically advanced air-cooled automobile engine designed by Fox. Then on November 21, 1919, in Philadelphia, Pennsylvania he organized the Fox Motor Car Company, and used that business to absorb the engine manufacturing enterprise.

The post WWI recession and materials shortages kept Fox from launching production as scheduled. So, he used the time to develop marketing campaigns, to improve the engine design, and to build a management and engineering team. Finally, in March 1921, Fox announced that production was commencing and that the company expected to produce 2,000 cars within the first twelve months.

By all accounts the car was well engineered, it was durable, it was fast, and it was stylish. But production never reached projected levels and the company soon foundered. In 1924 the Fox Motor Car Company went into receivership after producing a mere 3,000 cars. Fox had launched his brief foray in automobile manufacturing with the fortunes that he had amassed with the design and manufacture of shotguns.

At an early age Fox displayed a fascination with shotguns. While still in his teens he became a champion trap shooter and in 1894 he received his first patent for a double-barrel gun. He was just 24-years old.

Two years later, with investment from friends and family, he established the National Arms Company of Baltimore, Maryland. However, before any guns were manufactured, he acquired additional investors and reorganized as the Fox Gun Company. Today the first generation of Fox shotguns are highly prized by collectors.

In 1900, through a complicated series of stock sales and trades the Fox Gun Company was sold to the Baltimore Gun Company. As per the agreement, Ansley Fox remained on the board of directors and worked to improve the guns produced by the company.

However, in less than a year Fox became frustrated with the direction taken by the company, resigned and became a professional shooter in the employ of Winchester. But Fox was a man of ambition and vision, and so in 1905 he found investors for his next endeavor, Philadelphia Gun Company, that was reorganized as the A.H. Fox Company a few years later.

For more than 25 years Fox, along with Parker, Ithaca, and L.C. Smith, was a respected member of the Classic American Double club. Attesting to the quality and reputation of Fox shotguns, President Theodore Roosevelt carried one on his ten-month African safari in 1909.

The FE Grade 12 gauge with 30-inch barrels choked full and modified with double triggers was presented to Roosevelt by Ansley Fox as a gift. When Roosevelt died in 1919 the shotgun was left to his son, Kermit, who passed it down to his son, Kermit Roosevelt Jr. It remained in the Roosevelt family until 1974.

When it sold to an undisclosed buyer in October of 2010, a record price of $862,500 was paid. As of that date it was the highest price ever paid at auction for a shotgun.

Chances are slim that you will find a Fox shotgun at either Pawn World location in Kingman, Arizona. There is an even slimmer chance of finding a Fox built automobile. But you might be surprised. After all, Pawn World is the largest firearm store in northwestern Arizona, and the inventory of other merchandise including tools and electronics is always changing.