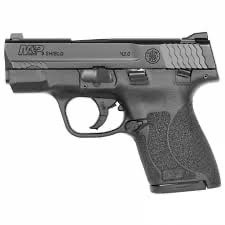 The Pawn World stores in Kingman are northwest Arizona’s largest gun stores. That status comes with a responsibility that we take very seriously. And so we strongly support and encourage firearm training as well as education.

The first step in responsible firearm ownership is acquiring the knowledge needed for safe usage. In Marine Corps boot camp the recruit is taught the five basic rules of gun safety. The four primary rules have a  simple mnemonic: Treat Never Keep Keep

The fifth rule is just as important but it is put into practice on the range. Know your target and what is beyond it.

The primary difference between a revolver and pistol is how rounds (ammunition) is loaded into the firing chamber. A simple explanation is that pistols have fixed chambers. Revolvers have chambers that rotate in a cylinder.

Does AR in AR 15 stand for assault rifle? No, the “AR” is for Armalite Rifle. That is the name of the company that first developed this type of weapon almost 60 years ago. After the company sold the rghts to Colt Manufacturing, the rifle was modified and sold to the miltary with the M 16 designation. The M-16 is an automatic weapon that allows the firing of multiple rounds by holding down the trigger. The AR-15, and Sig Sauer, is a semi automatic which requires that you pull the trigger to fire each cartridge.

According to the Bureau of Alcohol, Tobacco, Firearms and Explosives, the definition of an “assault rifle” (or automatic weapon) is a machine gun. Since passage of the National Firearms Act of 1934 these type of automatic weapons have been heavily regulated.

Ammunition consists of multiple parts. Simply put, it consists of gunpowder, primer, a projectile and a casing. There are three primary types of ammunition – rimfire, centerfire, and shotshell. A round is a single cartridge. A shell is a form of ammunition that is fired by a large caliber cannon or artillery piece.

Regardless of expertise, it is always best to ask questions and to purchase weapons from a knowledgable staff at a reputable store. In Kingman, or northwest Arizona, Pawn World is that store.