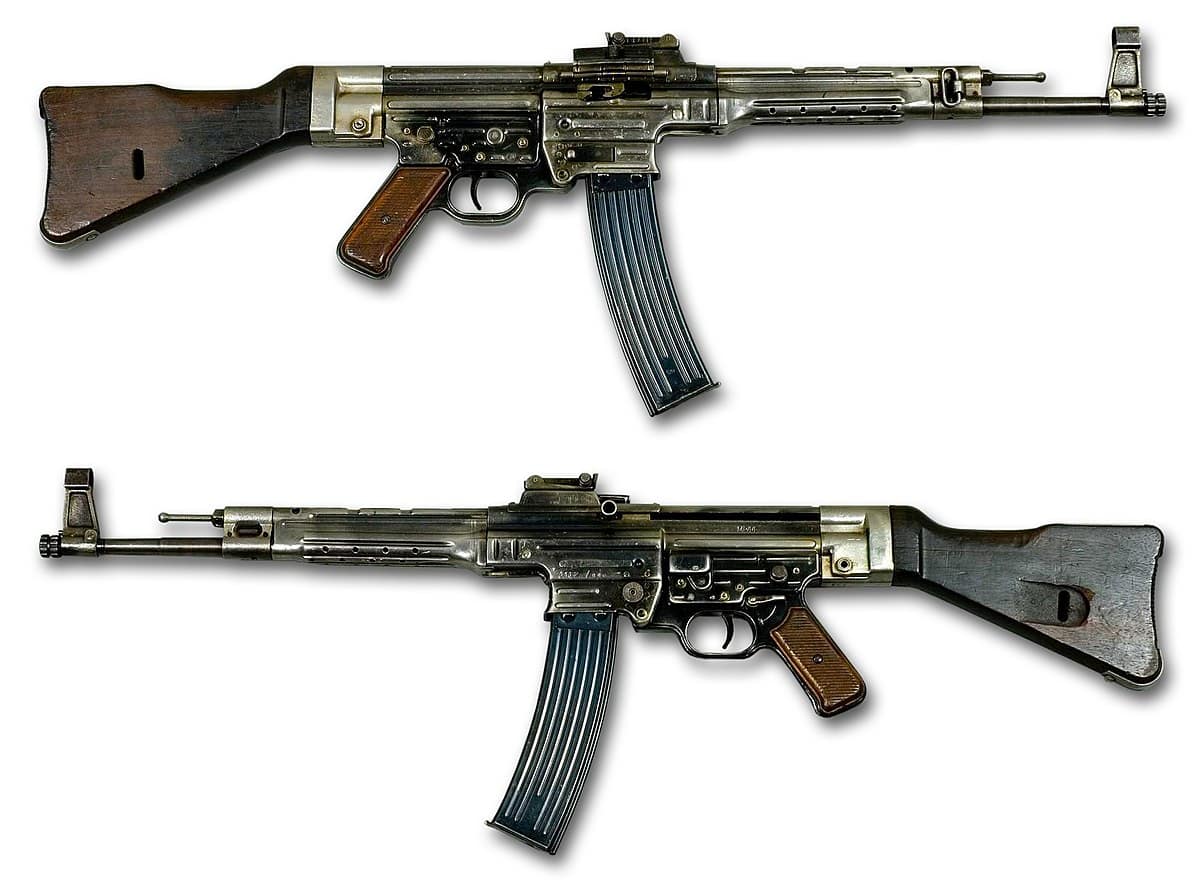 The Krummlauf (rough English translation, “curved barrel”) was an attachment for the Sturmgewehr 44 rifle developed by the German army in World War II. The curved barrel attachment used a periscope sighting device that, in theory, allowed the rifleman to shoot around corners from a protected position.

The attachment was developed for infantry use as well as for tank crews. But as can be imagined the device was trouble prone.

First, the bent attachment had a very short lifespan, approximately 300 rounds for the 30° version, and 160 rounds for the 45° variant. Another issue was that the curve of the barrel caused the bullets to shatter. But until the final weeks of the war, engineers and armorers continued working to improve and perfect the military oddity.

But the Krummlauf is not the strangest firearm ever produced. Not by a long shot. Case in point, the Apache revolver produced in France shortly after 1900. It is best described as a Swiss army knife firearm.

As it has no barrel, its effective range was minimal. Its parts included a dagger that folded from the trigger guard, and a set of brass knuckles for the butt.

The duck foot pistol produced in the early 19th century was named after the shape of its barrels, three to six. The fanning of barrels allowed for it to shoot several people coming from different directions.

In 1835 a man called Giuseppe Marco Fieschi took the concept a step further when he crafted a 25-barrel volley gun for his plan to assassinate King Louis Philippe I in Paris. As you might imagine, the gun proved to be wildly inaccurate. The assassin fired the weapon from a third-floor window at the king and his entourage that were in the street below. The king received a scratch from broken glass, but eighteen bystanders were killed. This firearm oddity is preserved at the Museum of French History.

One of the strangest chapters in firearm history is a type of weapon dubbed “cemetery guns.” In the late 18th and early 19th century grave robbing became a very lucrative business. Medical studies at major universities were expanding in size and scope but programs were hampered by laws that forbade or restricted the buying of cadavers.

In general, surgeons and their students could only get corpses from executed criminals or by donation from families of the deceased. As a result, grave robbing became a plague in the United States and British Commonwealth countries.

The cemetery gun was invented specifically for combating grave robbery. The gun was mounted on a ground spike that allowed it to spin freely. It was set at the head or foot of a grave at night. Three tripwires strung in an arc around its position would trigger the weapon and cut short a grave robbers’ endeavors.

There is one more chapter in the story of attempts to prevent grave robbing, and it is even more disturbing. Cemetery guns were outlawed, largely the result of unintended victims. And so, cemeteries began adapting manufactured or homemade “coffin torpedoes,” a land mine that exploded whenever a would-be thief opened a grave.

Chances are that you won’t find a Krummlauf, a duck footed pistol, or a vintage Austrian air rifle at either Pawn World store in Kingman, Arizona. But you will find the largest selection of firearms for sport, for hunting, or for home defense in northwestern Arizona, and a knowledgeable team of professionals to assist with your purchase.